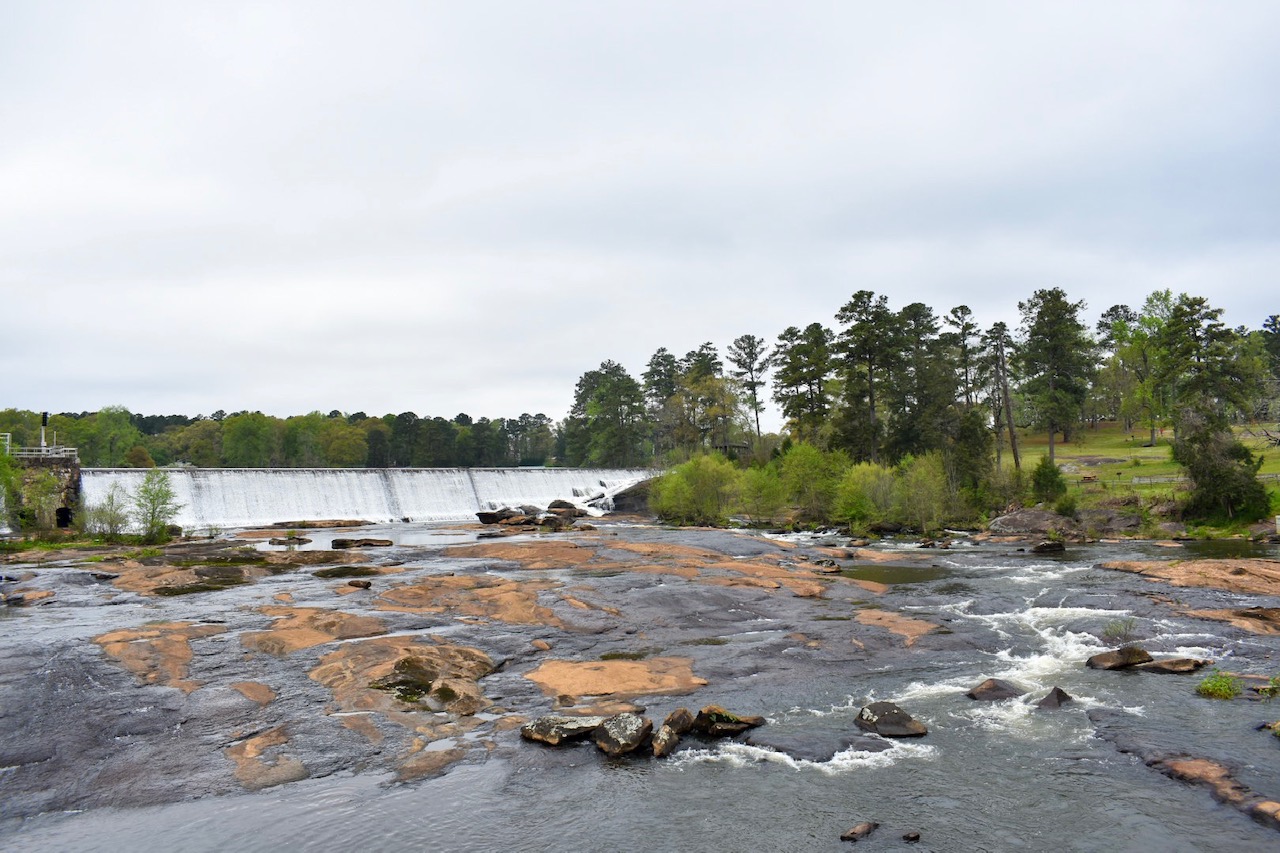 High Falls has been on my list of must see Georgia State Parks since we bought our camper. The High Falls Dam creates a scenic place for picnics, while further down the Towaliga River are some of the most breathtaking falls.

Originally we were scheduled for site 89 in February, but due to a doctor visit and interview we rescheduled. Man am I glad we did! Site 89 on the website map makes it seem like it is riverside, private, with a path to the river. The paper map handed out at the park correctly has it placed across the road. The path seen in pictures is actually up to two sites that look down on 89. We would have been miserable.

When rescheduling, site 88 was available and I had read on Facebook this was one of the best sites. In my opinion it’s not one of the best, it IS the best. A back-in with a path to the river. Great for fishers. There is a wood fence that borders the site, which might make some feel caged in, however it was great with the dogs. The site also provided for plenty of privacy.

Other sites in the back of the riverside campground provided some privacy and were more spread out than the ones at the front. This seemed to be where you would want to reserve if you have a large camper. The sites at the front of the riverside campground were closer together and did not provide any privacy. We noticed that many campers seemed to be there together. Some serious corn hole games were going on this weekend!

We drove through the lakeside campground and zero sites appealed to us. They were more set up for tent campers and the fact that they are located closer to the falls and lake leads to more traffic through the campground.

High Falls State Park is not the best park if you are looking for multiple hiking options. The only trail option (besides the falls) was Tranquil Trail near the dump. The map paces the trail at 2 miles, but the sign said 2.5. It was a great trail, though not near the river.

We did not take our three pups to the falls, thinking it could be crowded. We drove to the falls, though you could take the long walk from the campground. There are multiple spots to view the dam and a short hike along the river. The falls below the dam are huge and awesome to look at. There’s quite a bit of history here with people becoming stranded on the rocks, injuries, and even death. No longer are people allowed to walk out on the rocks.

Inside the riverside campground along the long entry roadway there is a path to the river where you can go out and play on the rocks. This is a much safer area to do this and the dogs could not get enough of the water. Campers in site 7 and 9 had kayaks that they put in the river and floated down, eventually paddling back up river to their site. Sites 16 and 17 were the only other ones with a view of the river.

Indian Springs State Park is about a 15-minute drive from High Falls. We meant to drive around the park, but forgot that was on our to-do list.

1. Unfortunately, we had a clog in our black tank and were unable to get it out after twenty minutes of trying. The dump does have a hookup to flush out your tank, but that did not solve our problem. We took our first trip to Cabelas by our house to use their dump. The drive home on I75 worked out our problem and we were able to get the tank nice and clean. Cabelas charges $5 for 15 minutes.

2. You would think that our clog would be enough crap for one trip, but it gets way better. What we learned– we should have walked the dogs a bit longer in the morning before leaving. The problem is when they hear the truck engine they get super excited about getting in the truck and are distracted from their business.

Halfway home, Indy was trying to tell us she needed to use the bathroom. We noticed her panting and drooling an abnormal amount. She was shifting from laying to sitting to standing. She then even stuck her head up between the window and Heather to try to tell us she couldn’t hold it any longer. We were in the city by this point and more specifically at the merge onto 285 from 75. We pulled over on the side of the road to let Indy use the bathroom, but it was a little too late. Thankfully we have multiple layers of sheets and a dog hammock that ended up in the back of the truck. Indy seemed so ashamed the whole way home, she wouldn’t look at us. Poor pup.

3. High Falls State Park marked the end of our 9-day road trip for Spring Break. (See our other visits at Santee State Park and Mistletoe State Park.) After 9 nights on our new mattress I can confidently say that we love the Zinus memory foam 10-inch mattress. We purchased it as a Christmas present for each other, but this was the first time trying it out. Now anything is better than the original mattress that comes with the camper, but we made a memory foam topper work for a year and a half. By the end of the camping season last year we felt like we were sleeping on the plywood. The Zinus is almost just as good as our mattress at home! Check out more information on the products recommendation page. 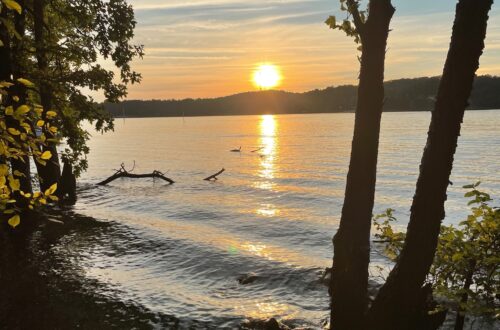 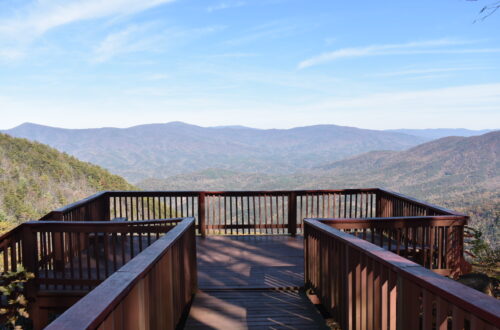 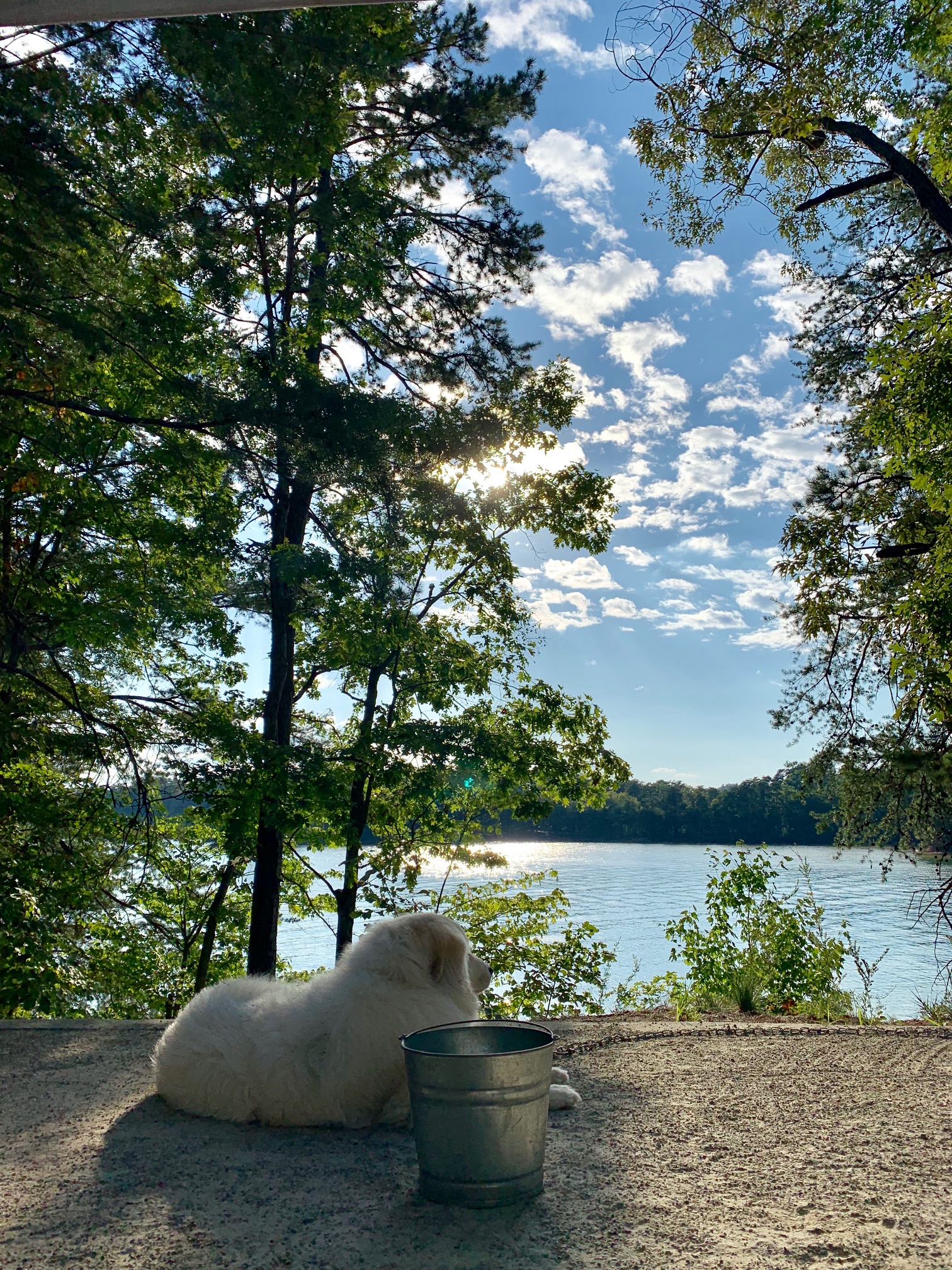